With the seismic economic and social changes happening at present, it is a good time to reflect on the state of golf in England and the direction that it is moving.

The blog will be split into 3 parts – published every Sunday – with each part covering a different level of the game – starting with the entry-level, with Part 2 featuring mid level Club Golf and Part 3 focusing on the Premium end of the market.

We know that participation in golf fell for a decade from 2006 , but what went wrong and what is being done about it?

Looking back at my own experience, I took up the game back in the early 1990’s when Nick Faldo was world number 1 and participation levels were booming. The facility that I started on was a 9 Hole Pitch and Putt course at my local park run by the council. Growing up by the seaside in Weston-Super-Mare, I also had access to 2 putting courses on the promenade. These included a concrete laden crazy golf with a windmill and various wacky hazards, whilst its neighbour was a more traditional grass putting green. Interestingly it was the grass version that caught my imagination more – a more satisfying purer version of the game – a theme we will return to later in the blog.

It is many years since these facilities disappeared from the West Country town. The pitch or putt has grown over  – too expensive for the council to maintain, whilst a more profitable water park has replaced the seaside putting. So with grass root facilities disappearing, where could people go to try the game?

When I reflect on Golf Club facilities in the early 2000’s, it is easy to see the many barriers to a beginners enjoyment – archaic dress codes, phone bans and strange and complicated rules all combine as a quick turn-off for aspiring golfers.

Similarly my image of golf Driving Ranges is one of concrete ridden, cold, tatty facilities with notices everywhere telling everybody what not to do and serious golfers shushing anybody having fun.

Too complicated, boring and long

The games rules makers prided themselves on creating a set of rules that were cleverly written and covered every eventuality. It is true that they achieved these goals – with every new edition adding more clever language and filling loopholes with ever more complex procedures. Unfortunately in the real world, these Rules became ever more unworkable with nobody ever able to find an explanation to almost any situation in the massive book of rules.

In the late 1990’s there was an explosion in technology related to golf – Titanium Drivers and ‘superballs’ led by the Titleist Pro V1 led to huge distance gains by the top professionals. The boom in golf around the same time had led many farmers to turn their land into golf courses with the buzz marketing term of the day being ‘challenging’. The means of achieving this aim became huge, long courses with deep bunkers, thick rough and fast greens – alright for the professionals but a huge turn off for beginner golfers – for whom this new technology had limited benefit but the course design features led to long, boring rounds and the ‘challenge’ too great for them to continue in the game.

When I consider why I had an urge to try the game in the first place, I cannot avoid the images of Nick Faldo destroying the field at the Home of Golf in the 1990 Open and grabbing victory from the jaws of defeat at Muirfield in 1992. Boy did I save my money to buy those Pringle Man sweaters! 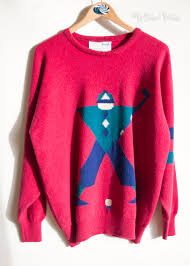 These events were of course broadcast live by the BBC. With golf coverage almost non-existent on free to air television by the mid noughties, how could young people become inspired to give it a go?

Fortunately, the last couple of years have seen a number of positive developments in the world of golf, with an encouraging upturn in participation. So what have been the key factors?

The last few years have seen a reinvention of old favourites and an explosion of new formats.

Topgolf has thrown the traditional range experience on its head – promoting a ten-pin bowling like experience with food, music and competitive interaction creating a youthful and vibrant atmosphere. Its recent purchase of Protracer technology will continue to improve the range and golf experience.

Adventure Golf has exploded across the country with queues of families paying to play on creative, exciting putting courses for a fun experience that lasts around an hour. 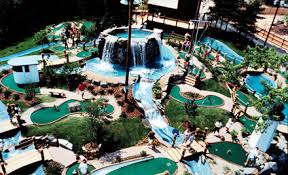 Although these courses feature extensive landscaping features, the playing surface itself is pure and relatively gimmick free – an interesting hark-back to my days on the seafront putting green.

Footgolf is the fastest growing sport in the country. Many council facilities and private golf clubs now put aside times on their golf courses exclusively for footgolfers. Although not directly golf, this can be a great lead in to creating golfers as it uses the same facilities.

GolfSixes is a shortened format of the game promoted and featured on the European Tour, who should be applauded for their bravery in breaking from the monotonous 72 Hole Strokeplay events and introducing new formats and presentation designed to appeal to new golfers.

The growth of social media and particularly YouTube has helped to create media outlets for golf to be promoted to the mass audience. PGA Professionals such as Mark Crossfield and Rick Shiels create high quality, entertaining content available to anybody with internet access.

Despite their relatively limited number of paid up subscribers, Sky Sports have undoubtedly moved the compass in terms of quality presentation of golf – utilising technology such as drones and Protracer to help improve the viewing experience. Sky should also be applauded for their investment in sponsorship to help revive the British Masters – a top-level Professional tournament for England.

Media campaigns such as ThisGirlGolfs from National Club Golfer magazine have been extremely effective in reaching out to women to try out the game.

For many years, England Golf (formerly the English Golf Union) floundered to recognise and address the reasons for golf’s decline at the entry-level. Top heavy with managers and administrators and failing to listen to those at the grass-roots level who funded them, millions of pounds were wasted.

Finally as we enter 2018, some shafts of light are showing. Reducing their board from 15 to 12 and creating more diversity should help introduce a more rounded, dynamic vision. After some failed attempts, Get Into Golf has finally found the right balance of support and marketing from the Governing Body whilst trusting in the delivery of the industry experts – PGA Professionals.

The R & A also appear to be taking positive steps in their attempts to simplify and shorten the Rules ready for their 2019 update.

Golf Clubs themselves have also made strides to become more welcoming to new golfers – with easier application processes, better marketing and more flexible membership options. These areas will be explored further in Part 2 of the blog published next week.

It is clear that golf still has a long way to go to keep a steady flow of new golfers into the game amidst strong competition for people’s leisure time. It appears however, that as we enter 2018, the momentum has shifted in a positive direction.